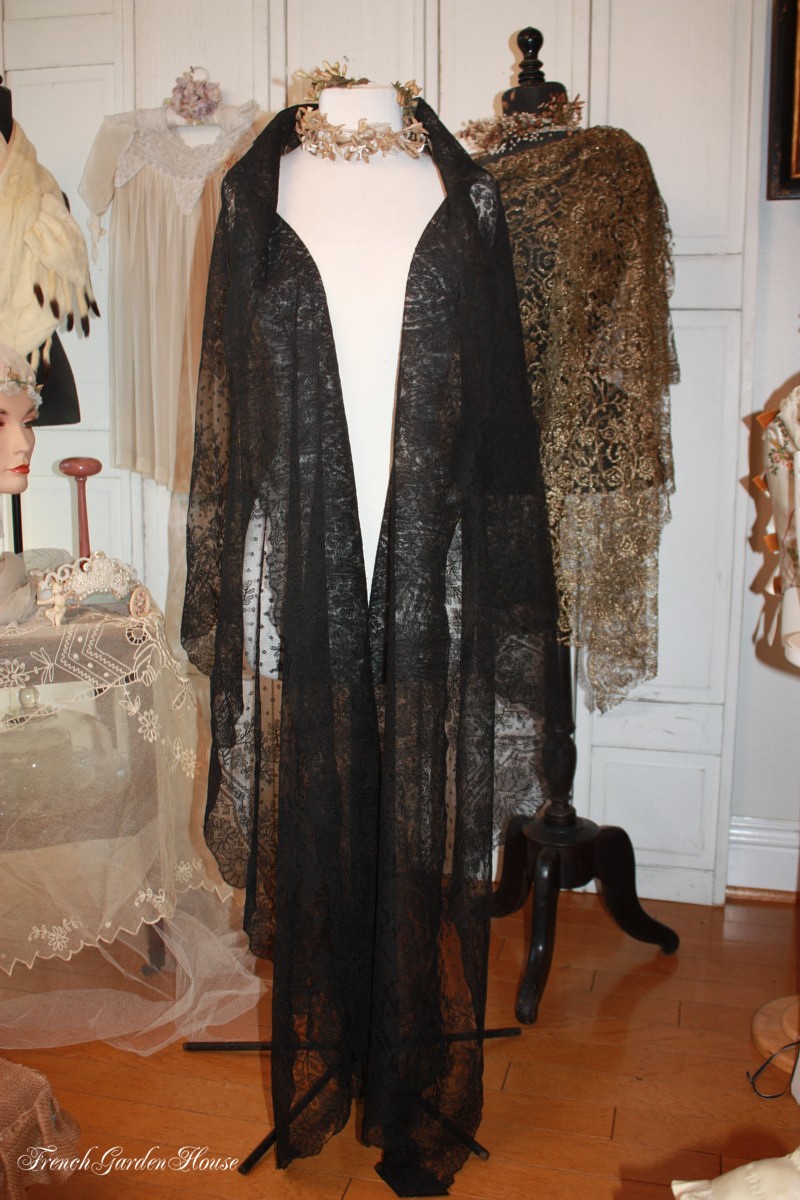 Chantilly Lace is a handmade  bobbin lace named after the city of Chantilly, France, a small town located 40 km north of Paris. Though called Chantilly lace, most of the lace bearing this name was actually made in Bayeux, France and Geraardsbergen {Grammont}, now in Belgium.

A tradition since the 17th century, when the lace manufacture was established at the Chateau de Chantilly by Catherine de Rohan, the Duchesse de Longueville.  Mentioned in written records dating to 1700, lace maker Charlotte Martin is thought to have made lace there, although the most famous silk laces were not introduced until the 18th century. The early Chantilly lace was not black, it was made in strips of a cream-colored silk, with motifs enclosed by a heavier floss silk, and because of its color, was called Blonde. When black thread was used, it was called Black Blonde. 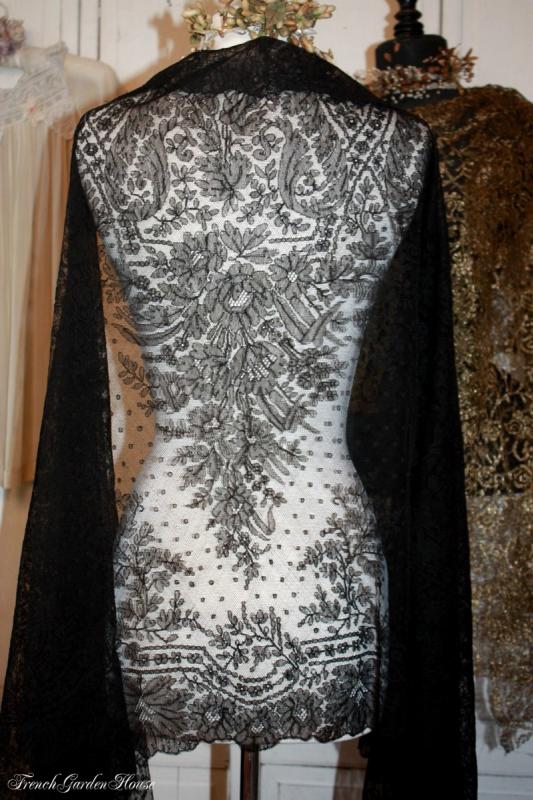 Because a large amount of Chantilly Lace was sent to Spain where black lace was the height of fashion, production of black lace surpassed that of Blonde. Owing to the patronage of the duchesse, and the proximity of Chantilly to Paris, it became extremely popular with French aristrocacy. The town of Chantilly became an important lace making center in the 18th century. 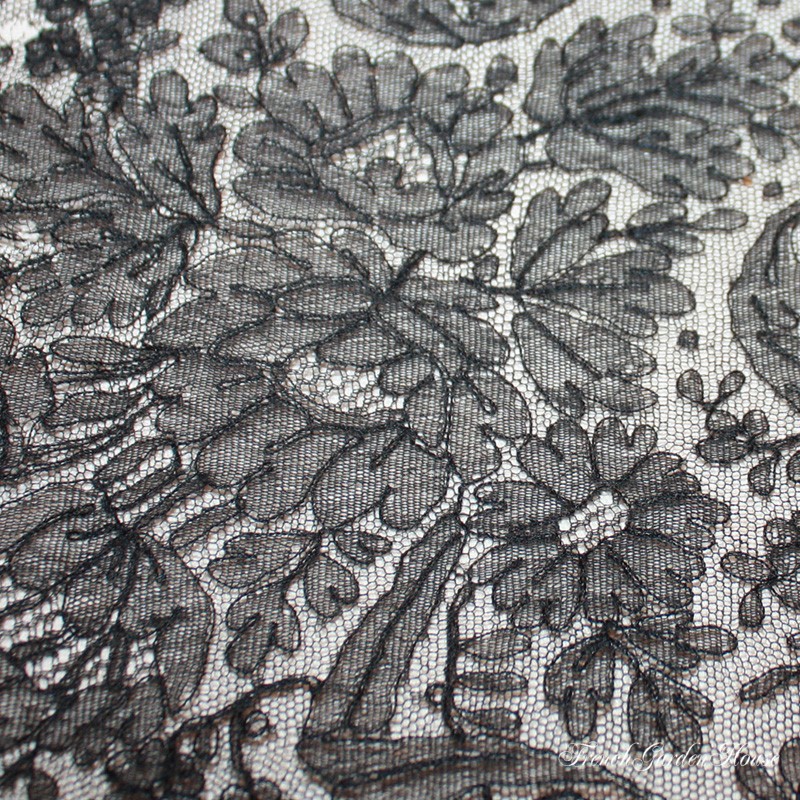 In addition to the Chantilly lace, Guipure, Paris and Mechlin , a tulle lace, was made there. And there were more than 100 nearby villages also making Chantilly Lace. Making large, beautiful shawls and stoles  was made possible around 1758, when a French lace maker from Calvados discovered how to join smaller pieces or strips together, invisibly, with a needle technique called point de racroc.

During the reign of Louis XV, Chantilly Lace was much appreciated and worn at court. During the reign of Louis XVI Chantilly Lace was an especial favorite of Madamme du Barry, and Marie Antoinette.  Unfortunately during the French Revolution which began in 1789, the lace-makers were seen as protégés of the royals, and after Mme du Barry and Marie Antoinette were guillotined in 1793, the lace-makers of Chantilly were themselves killed. 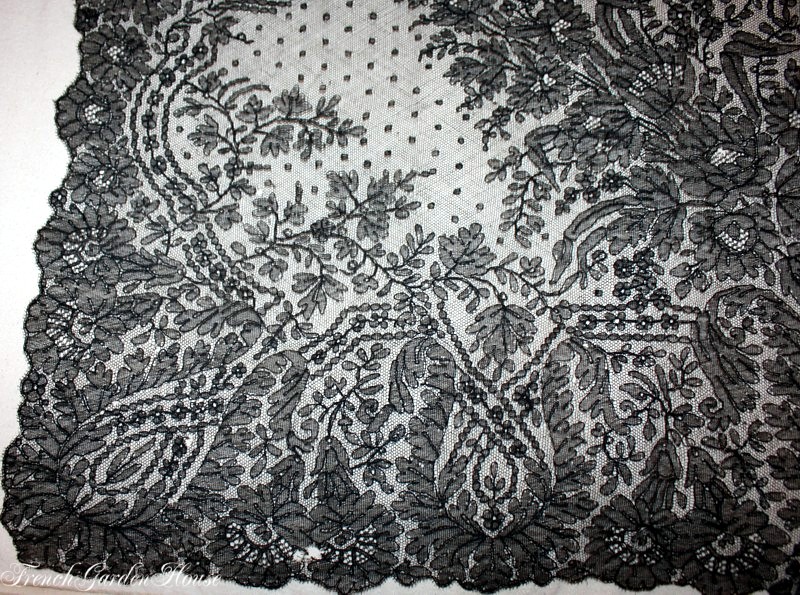 Napoleon I sponsored revivals of Chantilly lace between 1804 ~ 1815. Once again Chantilly Lace was extremely popular in Paris, and large patterned “blondes” were made for exportation to Spain and the American colonies.  The price of labor increased because of Chantilly’s vicinity to Paris, this is when most of the lace was made in Normandy, the Bayeux area, but using all the old techniques and designs. Chantilly reached the height of its popularity in 1830. 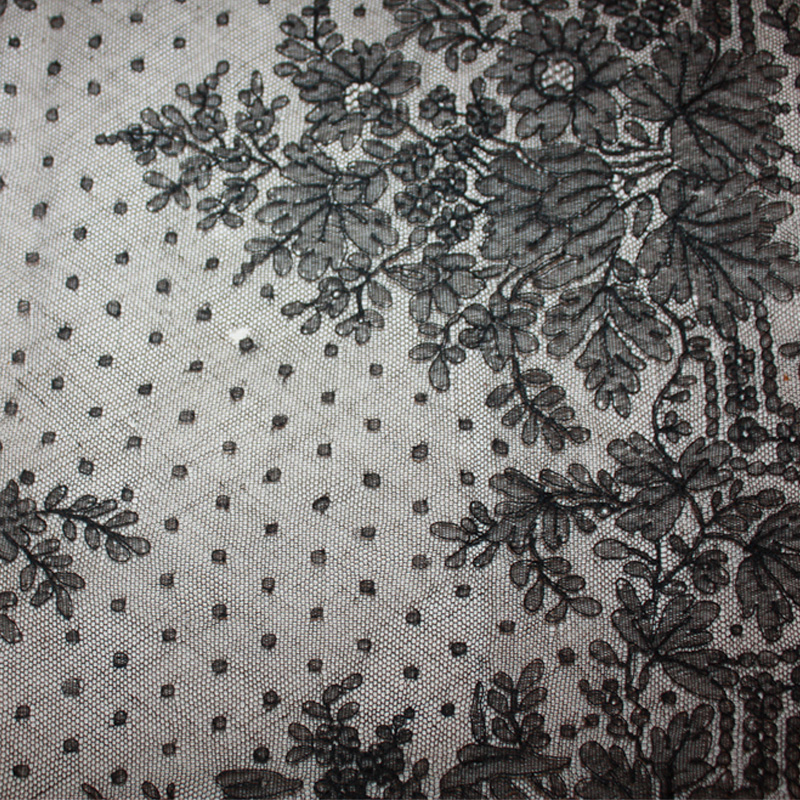 In the early nineteenth century, Chantilly Lace was exported to Holland, Russia, Germany, Portugal, and England.  Up to 1840, Chantilly was made in 10 to 12 centimeter bands, which were invisibly joined, but in the reign of Louis Philippe, larger pieces of lace were designed, often made in one piece for shawls and fichus {to be worn around the neck or tuck into a bodice} and barbes {lappets.} Chantilly was greatly esteemed by French ladies of rank and is mentioned over and over again in Royal accounts and inventories. 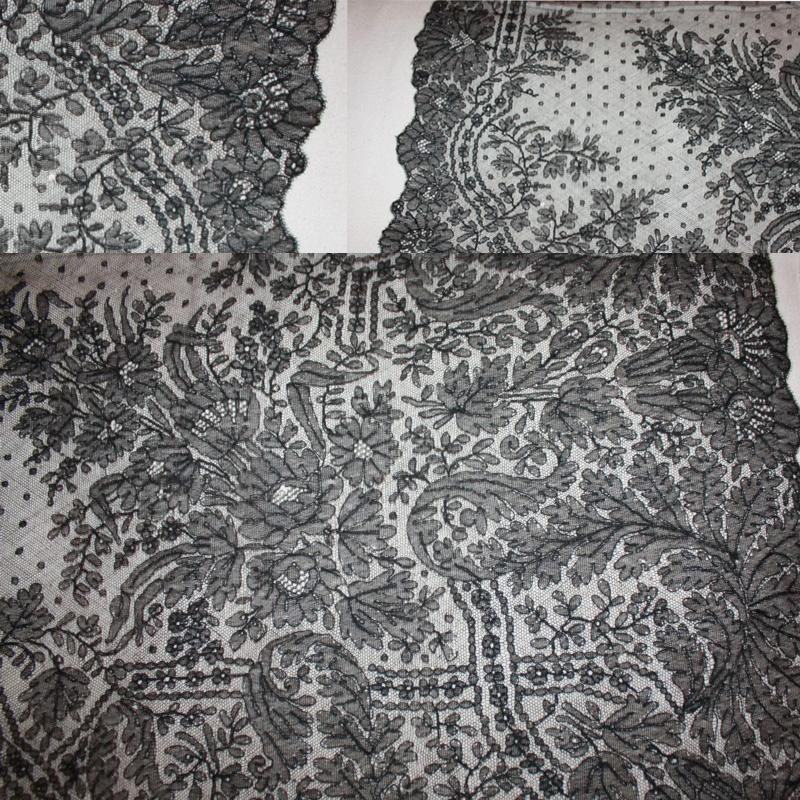 In 1870, the beautiful Chantilly Laces somewhat lost their cherished fashion status, by the end of the 19th century when fashion changed, the beautiful large shawls were no longer in fashion in Europe and the demand for Chantilly diminished everywhere. The lace houses went bankrupt somewhat suddenly, and many of the pattern parchments and unfinished pieces of lace were left in the hands of the workers and never claimed. A large amount of Chantilly Lace was sold at a loss to the Prussians during the siege of Paris.

Chantilly Lace makers experimented with ground stitches and the double stitch, Paris ground, sometimes called point chant; and the Flemish five-hole ground. In both these grounds, pins were used to support the stitch, unlike the plaited grounds used in Valenciennes or Mechelin lace. New fillings were developed and given special names after the place where they had been made. To make the lace, Chantilly Lace workers used a silk called grenadine d’Alais. The threads of the silk were twisted so the silk was no longer shiny but matte in appearance. Eventually, the two-twist tulle ground was most commonly used for black Chantilly because it perfectly put into relief the natural patterns of flowers and garlands with their half-stitch shadows. Chantilly lace began to take on its own stylistic designs. 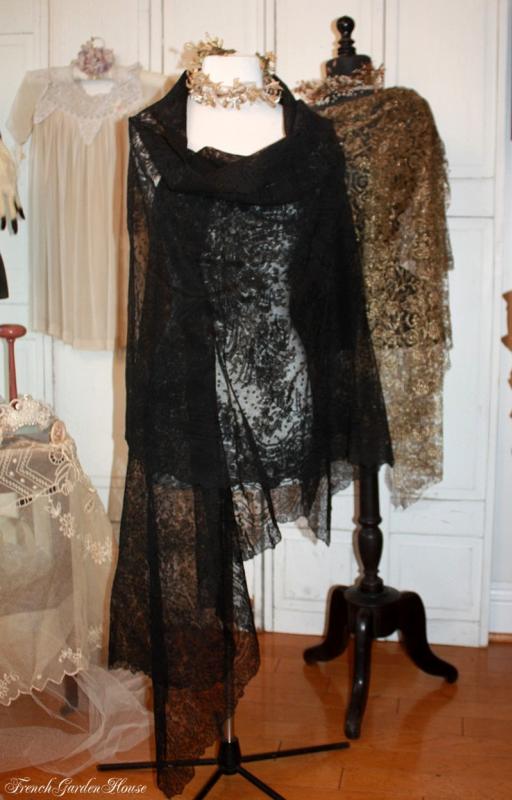