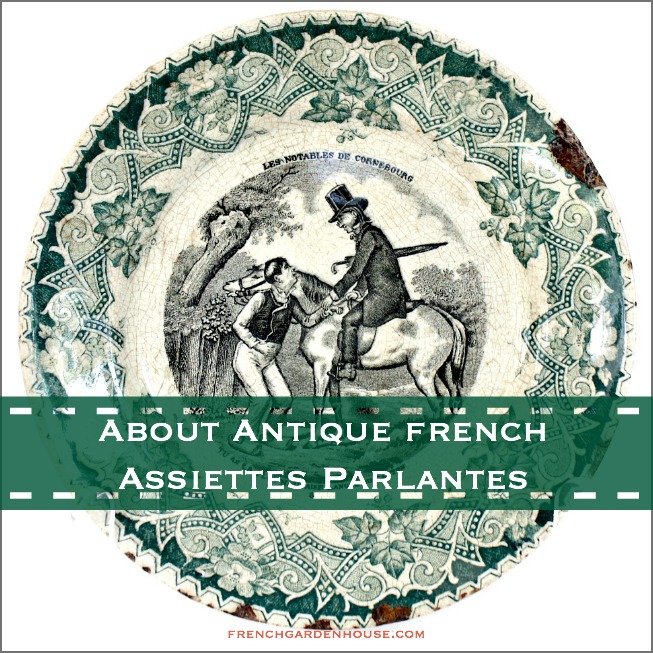 Inspired by the French love of humor Assiettes Parlantes, or “talking plates” are French transfer ware plates with French sayings on them. Some of the most collectible illustrate the life of a French hero or heroine, such as the plates depicting Napoleon or Jeanne d’Arc. 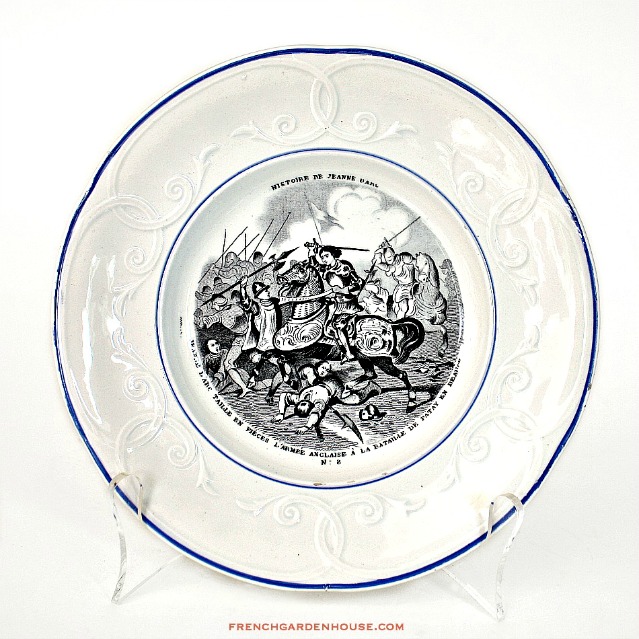 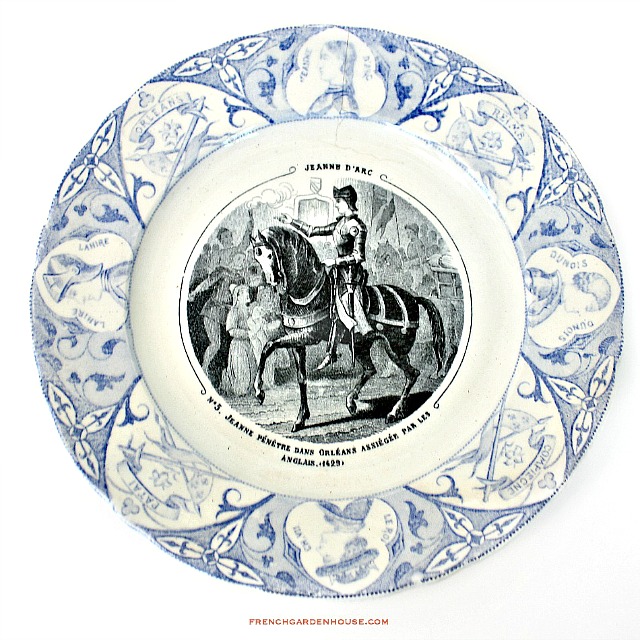 Often illustrating famous French battles or wars, plates like this would give a village patriot a “memory” boost about a battle or war he was a part of, or proud of. So called “historical” plates, these recorded France’s most illustrious wars. Collecting plates that portrayed France in its glory days on the battle fields around the world became quite popular, a true infatuation for collecting historical faience plates swept over 19th century France. 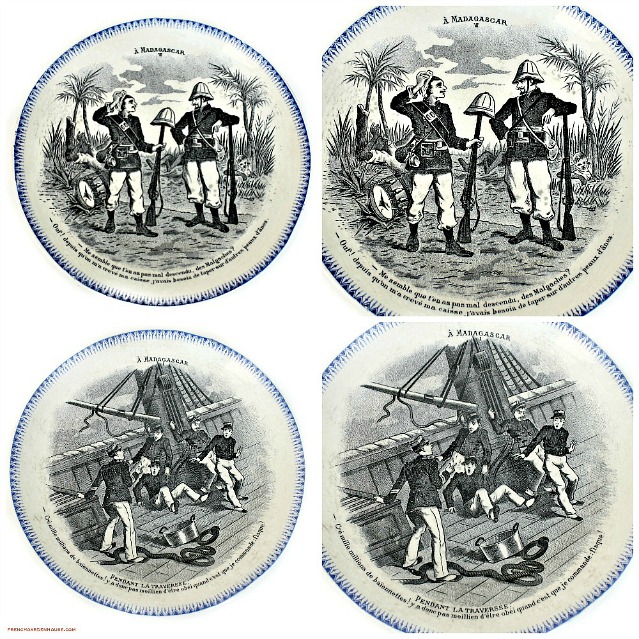 Yet other Assiettes Parlantes illustrate the months of the year, or seasons, professions; anything that had appeal to the French buying public in the mid to late 1800’s can be found on these sets of plates. Some of the plates have a play on words, or jeux de mots. Witty and at times a bit harsh, each illustrates a funny saying, joke or sly humor that the French found amusing. 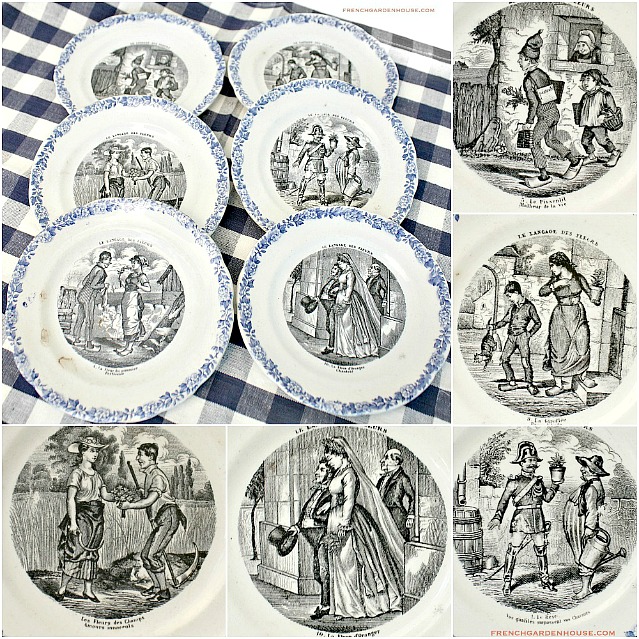 While these are called “fine”, this refers to the ability of the transfer process to replicate finely drawn images in clear detail on the pottery, not that they are of fine quality on par with Limoges, for example. French potteries that made the parlantes plates could produce a vast amount of plates per day, with each worker able to complete 200 or more plates daily. Potteries creating commemorative dish ware were in full production mode by the 1860’s, some of the most famous French producers of this type of pottery include Gien, Creil et Montage, Keller et Guerin, Choisy-le-Roi, Digoin and Sarreguemines.

These plates are the darlings of designers and collectors alike, as they are wonderful to display in a hutch, hang on the wall flanking an antique French mirror, or placed on stands on a mantel. The military themed plates are the perfect match to a gentlemen’s library or office, as are the many hunting scenes. 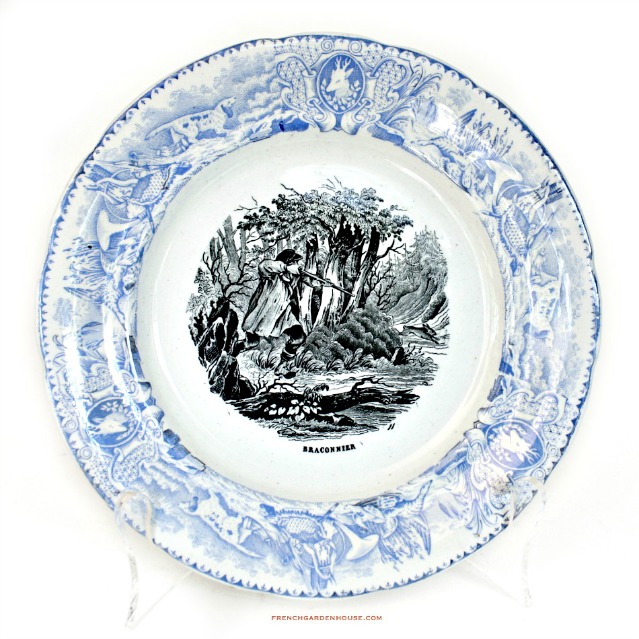 I hope that you have enjoyed learning a little more about these decorative plates, part of France’s rich history, and highly collected and revered today world wide, and may start your own collection or add to it with some of the pieces we have at FrenchGardenHouse!